AN NPO THAT HAD EARNED THE TRUST OF THEIR FELLOW CITIZENS

The history of the retirement home in the village of Havre-aux-Maisons dates back before the 1970s. At the time it was the family home of Omer Thériault. When it was passed on to his children and partner, it became the Thériault motel.

The motel was at the time set up with 20 rooms parallel to the main road, the doors facing the road, with private bathrooms, dining room, bar and restaurant kitchen. The motel lasted more than a decade, and was then sold to Jean-Pierre Cormier. The place retained its vocation and was called the Auberge l’Islet.

In the mid-1990s, Cormier mandated liaison officer Manon Richard to conduct a feasibility study for the creation of a seniors residence. The study showed it was needed and a group of people, including the former owner, Manon Richard, and Jean Deschênes, joined the founding committee of the non-profit New Horizons group. Established on Nov. 12, 1996, New Horizons is the building tenant.

The beginnings were rough. The first to offer this type of accommodation in the archipelago, the vacancy rate remained quite high. Four people were working on it at the time

The non-profit bought the building in 2000, with the Accès Logis program contributing 50 per cent of the funding to renovate the building; the other part of the funding came from the Magdalen Islands community. The New Horizons group had earned the trust of citizens. 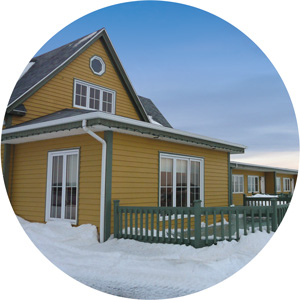 Eleven homes were added in a new wing in 2007, again thanks to the Accès Logis program and local partners, which shared the bill. The municipality soon approved a property-tax exemption, leaving New Horizons the responsibility to pay service taxes for sewers, water and garbage. The decision to expand allowed for improved profitability by sharing fixed costs.

The new wing featured studio apartments with minikitchens, more spacious private bathrooms to improve hygiene, and administration offices. Tenants can’t cook in their rooms, but a counter in the dining room provides everyone with access to a microwave oven and a coffee machine.

The residents
The average age of residents is 90. The deans are Marie-Jeanne Poirier, who will celebrate her 102nd birthday in December 2016, and Elzéar Poirier, who turned 100 on March 2.

Within the 31 units are six couples living together. One of these couples recently celebrated 72 years of marriage! 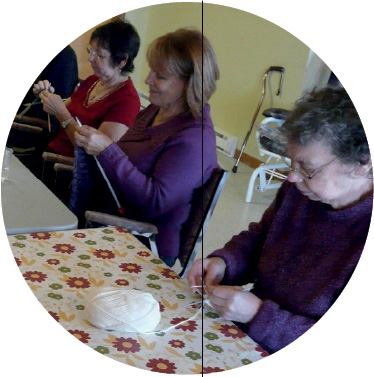 Activities
A residents committee was formed to manage an activities budget. Many are religious in nature: reading the daily rosary, mass once a week. A “tea and knitting” group formed by a volunteer was added to a host of key activities such as bingo, card games, beanbag toss and weekly cribbage tournaments. Other artisans are invited over for the afternoon where knitting isn’t just for fun but has a very specific purpose: handmade creations are helping raise funds to refurbish the common room. More than half the $32,000 goal has already been met, thanks as well to the involvement of partners and In Memoriam donations. 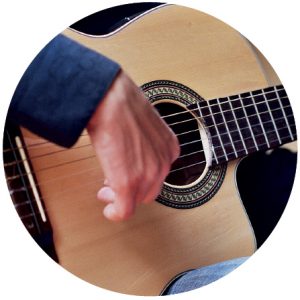 Outings are organized by the residence.

Services
Three meals a day are provided as well as a medication service. Assistance may also be provided for the laundry room. The local CISSS
provides nursing care and services as required.

The staff
The board is composed of one resident, one employee, two family members of residents and three directors from the community.

The management team consists of a chief councillor who manages services to residents in collaboration with the director, who also oversees the general administration, and a chief cook. The team can count on a dozen very caring and dedicated employees for the well-being of residents.

Security
A couple stays on the grounds as night supervisors six nights a week. A day councillor stays over on the seventh night.

All rooms have two emergency alarms, one in the bathroom and one next to the bed. An alarm system protects the building and 50 per cent of the space is serviced by sprinklers. Although housing is on the ground floor and each has a door leading to the outside, New Horizons has made this a priority issue for 2016-2017. Emergency evacuation drills are carried out regularly and the evacuation plan was recently reviewed. The call and response list is now updated and first responders as well as volunteer firefighters are stationed near the building. In addition, a generator was installed at the beginning of the year to ensure greater safety for residents.