Arising out of a preparatory employment program designed specifically to meet the needs of people with a history of psychiatric hospitalization, the Réseau d’aide Le Tremplin (RALT) rapidly expanded its activities to meet pressing needs 1.

From its inception in 1982, RALT was located in La Source, a building that houses several agencies and which constitute the heart of the Drummondville community life. It also actively participated in initial meetings in Montreal of the 10 organizations that founded the Regroupement des ressources alternatives en santé mentale du Québec (RRASMQ). 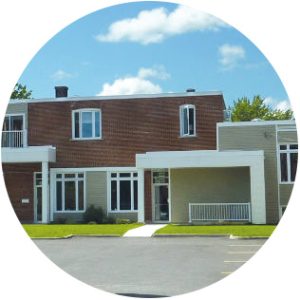 Project founders include Guy Châteauneuf, a man who contributed greatly to the development of community mental health resources in Quebec, notably through a psychotherapeutic and social approach based on community resources and community integration of referred clients. The model advocated by Guy Châteauneuf and the team around him (which included people who have experienced mental health problems) lies at the juncture of a medical
and hospital approach and the social and community approach.

Like many non-profits, RALT was not originally an organization specifically working in the field of housing 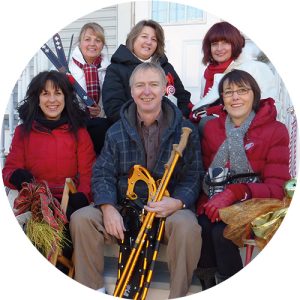 From the starting point of community followup focused primarily on practical aspects, such as support and education in various day-to-day activities, combined with the creation of modest resources to provide individual assistance as well as a documentation centre, RALT inaugurated shared rental units on the private market. The health network soon gave it a “housing access” mandate, which kicked off the therapeutic housing and lodging component.

RALT counts on these resources and its own services to develop a helping relationship with people with mental health problems, but it remains true to its “network” name by focusing on the development of a fabric of interlacing resources with the community, the institutions and with the population of Drummondville. 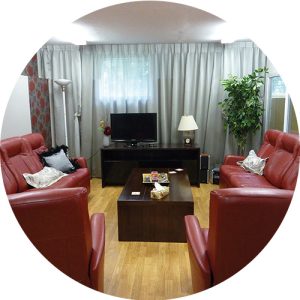 Started in 1984, the therapeutic housing program has been located since 1990 in a large heritage building. Well furnished and renovated, the building is on Dorion St., near the city centre.
The program is aimed at helping residents through a difficult emotional period or to prevent hospitalization or to acquire more autonomy after psychiatric hospitalization. Capacity is eight adult men and women.

Each person has their own bedroom and everyday life is shared (meals, groceries, housekeeping, etc.

The average length of stay is three months, living expenses are affordable and adapted to the individual situation.

Another component is the shared accommodations, large units for autonomous individuals who can’t or prefer not to live alone. The homes are located in downtown Drummondville and each has three individual bedrooms. 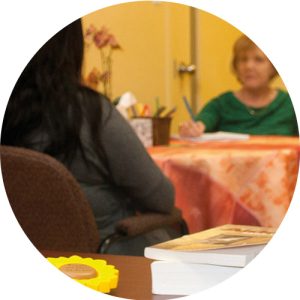 The Réseau d’aide Le Tremplin, a sort of sympathetic and caring
octopus, is the very model of a versatile organization that knows how to adapt its services not only to the needs of people with mental health problems, but also to the availability of government subsidy programs. 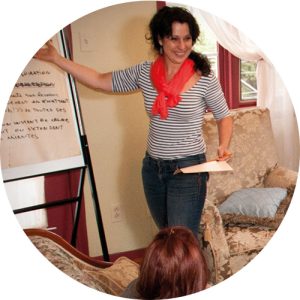 Central to this big puzzle piece is the RALT headquarters on Lindsay St., located in a converted auto repair garage. This is where you’ll find the Réseau offices, one of four shared housing units and the beating heart of the tight-knit community for many years: the day centre and collective
kitchen, where you’ll find the support group and other resources.

And it’s not over! RALT is behind the Habitations santé mentale Drummond (HSDM), a new building that will house permanent and transitional housing and provide on-site support. After many ups and downs, which held RALT staff and administrators spellbound throughout the duration of this veritable saga from 2013 and 2015 (the first lot identified for the building had proven unviable because of contaminated soil, and neighbouring buildings requiring costly work), the team quickly landed on his feet! A new lot was found near the city centre, plans were drawn up, and the financial package approved: the largest building in the new construction project can move forward.